I can recall the exact second in my teaching career that I had an “eureka moment.” A student had stopped by my desk to ask a question. After I answered his question I, in turn, asked him why he was taking Spanish. He immediately responded by saying that he was in my class because he needed two credits in Spanish to graduate from high school. I wasn’t entirely shocked by his motivation to learn Spanish but I was amazed by how utterly honest he was. He didn’t hesitate to tell me the exact truth. He didn’t answer by telling me what he thought I wanted to hear which, of course, was something along the lines of, Well, I really want to learn to speak another language or I need to learn Spanish so I can use it for my future career. The motivation for this young man was the credit he was going to receive by sitting in my class for 120 hours. Whether he got a “D” for the class or an “A,” he was still going to get his credit. My “eureka moment” came when I realized that for the majority of my students, high school was just a numbers game. They were here to accumulate the credits. If real learning occurred during the process, that was nice too.

For me, I actually believed I went to my job everyday to teach my students to communicate in a second language. That is the moment I realized that my students’ motivation to be in my class was at cross-purposes with my motivation to help my students learn Spanish. At that moment a lightening bolt went off in my head: What if we could connect what students want (the credit) with what teachers want (students who work hard to get the credit). My next thought was: what if students only received credit when they reached a certain level of proficiency, say when they are able to perform at an “A” or “B” level. In other words the credit is tied to a certain level of competency.

During my 24 years as a classroom teacher I was often told by my administrators and colleagues that I spent too much time thinking of ways to change the system. I had heard all the standard comments like, don’t rock the boat; our plate is just too full at the moment; and my personal favorite, if it ain’t broke, don’t fix it. But, you see, I just couldn’t let it go. I started talking to a few of my colleagues about my idea. All of us lamented the fact that too many of our students who were getting “Ds” and “Cs” in our classes still got credit. So even though they got credit, we knew they were not prepared to succeed at the next level which caused many of them to simply drop out. We saw this as a problem. This was a problem not only for our students at the high school but for the majority of our students who would go on to colleges and universities and not be prepared to do college-level work. Yes, when we faced the fact that the credit system we had was actually doing harm to our students, we agreed we had to change the rules of the game. The new rule states that students receive credit for a class when they demonstrate their competency at an “A” or “B” level.

My colleagues and I worked for an entire school year to create a credit for performance curriculum. The first thing we did was to determine what our students needed to do to demonstrate their competency at an “A” or “B” level. Fortunately the  American Council on the Teaching of Foreign Languages already had identified the skills in speaking, listening, reading, and writing that people possess within a range of proficiency levels ranging from Novice to Distinguished. We used these proficiency guidelines as the foundation for our curriculum. We figured that once students know exactly what they need to do to receive a credit they will put forth the effort to do the work. Remember, the prime motivator for students is the credit. Once we teachers had specified exactly what our student needed to do to get the credit, we focused all our effort on student learning. We likened our focus to a laser beam. Everything we did from that point on had to promote student learning of the agreed upon competencies.

In my next blog, learn how credit for performance changed our students and our teachers. 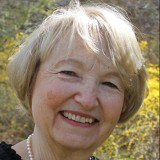 PhD from The Ohio State University in Curriculum, Instruction, and Professional Development; 24 years as a high school classroom teacher; Curriculum Consultant for World Languages at the Ohio Department of Education (1993-2000). Co-Founder of ABReady.com

A B Ready Code